Why GST is better than the earlier tax system

TAX – it is the most frequently heard word in any business/financial market. Tax is charge that must be paid to the government. Any thing that reduces the tax is a boon. GST is one such gift, introduced to reduce the tax. But does it really reduce the tax and is it more reliable than the previous version of tax system. So, to answer such questions we need to have some understanding of what GST is and its benefits. So, let us start with the question “what GST is?”.

Goods and Service Tax(GST) was introduced to transform the entire nation into one single common market place. It aims at simplifying the tax structure and to subsume the multiple indirect taxes imposed on both the producers and the consumers. GST simplified a slew of indirect taxes with a unified tax and is therefore expected to dramatically reshape the country’s 2.4 trillion-dollar economy. The goods and services are divided into five tax slabs for collection of tax- 0%,5%,12%,18% and 28%. GST replaced multiple cascading taxes and reduced tax-on-tax scenario.

Before GST was introduced there were tax-on-tax scenarios. We try to explain it with a simple example by the flow chart below.

This is how VAT, exercise duties, so on .. levied at several stages contribute to raise in the final price of the commodity. In the traditional tax structure (pre-GST structure) both the central government and state government levied taxes such as income tax, custom duties, service tax, central exercise by central government and VAT( value added tax), stamp duties and land revenue, state excise by state government. The indirect taxes were in vast numbers as there were several of taxes to be incurred on manufacture, import and sale and even on purchase in some cases.

The notion of having one tax (merged indirect tax) in place of several indirect taxes have several benefits:

With all these benefits, it can be stated that GST is going to play an important role in boosting the country’s Gross Domestic Product. GST is a reform that boosts economy and ensures reduced costs.

Now we have some idea as to what GST is and how it boosts economy and its benefits. But to know whether GST is better than the previous version of tax structure, we need to compare both the GST and pre-GST structures to have a clear understanding. Till now we have just discussed the advantages of GST, but we even have some disadvantages.

Now let us try to compare both the version of taxes i.e. pre-GST and GST.

Now let us have a look at an example after which we will be able to conclude.

The product sold from Hyderabad to Bangalore. If the price is 2000 rupees. The VAT at 10% results to rupees 200.

Now product sold from Bangalore to Chennai, the cost = 2200 rupees. Let the profit amount be 1000 then the selling price would be 3200 rupees.

The product sold from Hyderabad to Bangalore. If the price is 2000 rupees. The CGST at 5% results to rupees 100.

Now product sold from Bangalore to Chennai, the cost = 2200 rupees. Let the profit amount be 1000 then the selling price would be 3200 rupees

Now total cost of product would be 3320 rupees.

So, we clearly spot the difference of 200 in between Pre-GST and GST system. The GST system have reduced the final amount by 200 in the above example.

Finally, it’s time to tell why and how GST is better than the previous tax structure. GST, with its unique features stands out as a best tax structure. It has merged all taxes to a single tax that is uniform over the regions. With it’s ‘one nation on tax’ agenda and subsumed taxes, it helps and contributes for the economic development.

It has made the working of small organizations easy with simplified tax structures. It plays an important role in GDP. So, we finally say, by going through all the benefits GST and the comparison between the previous tax structure and GST, we conclude that GST is better than the earlier tax system. 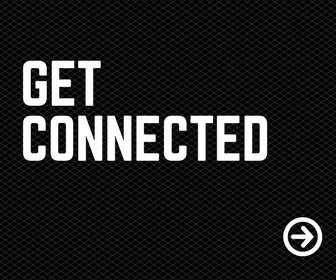